Graphile is pleased to announce the release of PostGraphile version 4.4.0, a backwards-compatible* upgrade recommended for all PostGraphile users.

The headline feature in 4.4 is real-time support. Previously, GraphQL subscriptions were only available in PostGraphile via the “supporter” plugin (for Patreon sponsors). We’ve overhauled this functionality and released it as open source, added built-in support for subscriptions to our PostGraphiQL editor, and also added experimental support for live queries.

Besides these exciting features, a lot of improvements and minor features have been added, including: performance improvements; revised handling of PostgreSQL restarts and server availability on startup; having makeExtendSchemaPlugin do more for you automatically; giving you a way to choose between lists and Relay connections on a per-table, per-function or per-constraint basis; and adding a plugin dependency/ordering system.

PostGraphile is crowd-funded open-source software, it relies on financial contributions from the individuals and companies that are using it in order to keep advancing. Please sponsor the project, you will surely reap the rewards!

Technical details of this release can be found in the release notes, or read on for more information on Subscriptions and Live Queries.

* there’s a small number of fixes which may cause issues for existing applications that were relying on broken behaviour, these are outlined in the “Breaking Fixes” section of the release notes, along with how to opt-out of these fixes.

GraphQL Subscriptions are an official feature, detailed in the GraphQL specification. They enable your application to request a certain query be performed whenever the specified event occurs on the GraphQL server, for example emailReceived, userStatusChanged, notificationAdded, or messageArchived. 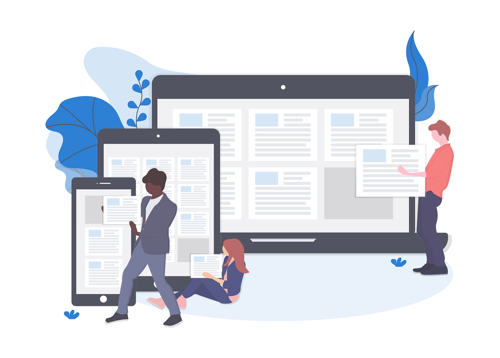 To enable this real-time feature, a long running connection is required with the server. In PostGraphile we achieve this via websockets, the de-facto standard for real-time GraphQL targeting web browsers and mobile apps.

Note: with a standard GraphQL subscription, the query is only executed when the specified event occurs, making it an efficient way of subscribing to particular events without being notified of every data change on the backend.

Subscriptions are the recommended way of adding real-time features to your GraphQL API.

Read more about PostGraphile subscriptions in the documentation.

A “live query” monitors the query a user provides and gives the client an updated version whenever the query would return a different result. You can think of it as akin to extremely frequent polling of a regular query, but without the bandwidth costs. Live queries are not yet an official feature of GraphQL, and so there are a number of different implementations. PostGraphile’s live queries do not require specific client software since we use the standard GraphQL subscriptions interface — simply change your query to a subscription and it becomes live, as in the following example (available on GitHub) showing real-time points rankings of fictional players:

Live queries are an incredibly powerful tool for frontend developers, as it means they don’t need to worry about monitoring for changes in the data — they know the data they’ve requested will always be up to date. However, live queries are not a panacea: they can come with significant backend cost and/or complexity.

PostGraphile has worked hard to decrease the costs associated with live queries, but there’s still more to be done. Currently we feel PostGraphile live queries may be suitable in apps with relatively small user bases (such as for internal tooling used across a large enterprise), but if you’re targeting an internet scale deployment hoping for millions of users you will likely be better off using traditional subscriptions (or keeping live queries to a very small area of your application). There are lots of factors that may go into deciding if live queries are a good fit for your problem; if you need help deciding then you may wish to engage our consultancy services.

There will be more enhancements in live queries in future. If you're interested in helping in this development please get in touch via our Discord chat.

Read more about PostGraphile live queries in the documentation.

Help us to help you!

By significantly reducing the amount of work needed to achieve business goals, PostGraphile results in huge savings for users. If your organization contributes some of these savings back then everyone can benefit from more frequent releases with better performance, better compatibility, better documentation, easier customization, and more features — leading to even greater savings or profits for your organization.

Huge thanks to the 70 individuals and companies already sponsoring PostGraphile!

Click here to find out more about why and how you should sponsor PostGraphile development.