Building upon the huge performance gains found in Version 4, Benjie Gillam is pleased to announce the release of Version 4.1 of PostGraphile, now with a huge improvement to startup performance in serverless environments. This update also brings a large number of enhancements including much broader PostgreSQL function support, an enhanced GraphiQL interface, and a lot more helpers for writing plugins.

This has been achieved through targeted work optimising PostGraphile’s "webpackability" - how well it could be processed by the popular webpack tool. Previously, many features of PostGraphile could not be included in webpack's output, resulting in >4000 files to be zipped up and sent to Lambda. Now a PostGraphile application can be reduced to just 2 files, leading to a smaller zip file and a faster startup time.

Do you use PostGraphile in serverless environments? If so, make sure to update to Version 4.1 and let us know about your performance gains.

Big contributions from the Graphile community 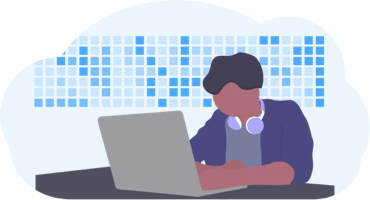 Version 4.1 also includes a big update from frequent contributor @mattbretl, who has introduced support for a wider range of PostgreSQL functions. This reduces the constraints developers have to work within, freeing them to use the right PostgreSQL function type for the task, leading to even faster development times.

Help us to help you!

PostGraphile is crowd-funded open-source software, it relies on crowd-sourced funding from individuals and companies to keep advancing.

By significantly reducing the amount of work needed to achieve business goals, PostGraphile results in huge savings for users. Your organization should contribute some of these savings back so everyone can benefit from more frequent releases with better performance, better compatibility, better documentation, easier customization, and more features - leading to even greater savings or profits for your organization.

Huge thanks to the 60 individuals and companies already sponsoring PostGraphile!